We all know Vanna White, co-host of the hit television game show Wheel of Fortune. She is well known not only for her bubbly personality but also for her world-famous smile. In an exclusive interview with Dear Doctor, Vanna opens up to Dr. Mario Vilardi and revealed many things about her life, career, and family. She also shares several tips for maintaining her internationally famous smile.

She was born on February 18, 1957 in North Myrtle Beach, South Carolina and raised by her mother, Joan, and stepfather, Herbert White Jr. After graduating from high school, she moved to Atlanta, Georgia where she attended the Atlanta School of Fashion and became one of the area’s top models. In 1980, she entered in Holly wood and joined Wheel of Fortune in 1982 as the first female co-host of a game show. Vanna leads a normal life, behind camera, and considers her favorite job as being a mom to her son and daughter.

We all know the power of white shining smile. There’s almost nothing as good as having a set of white tooth shining at the back of a smile. Having white teeth can help make your life much easier especially where it concerns your social and business lives. When in need of favors, having a beautiful smile may be the difference between your getting that favor or not. Besides good cleaning habits, different whitening treatments are also available, which help you to get a perfect shiny smile. 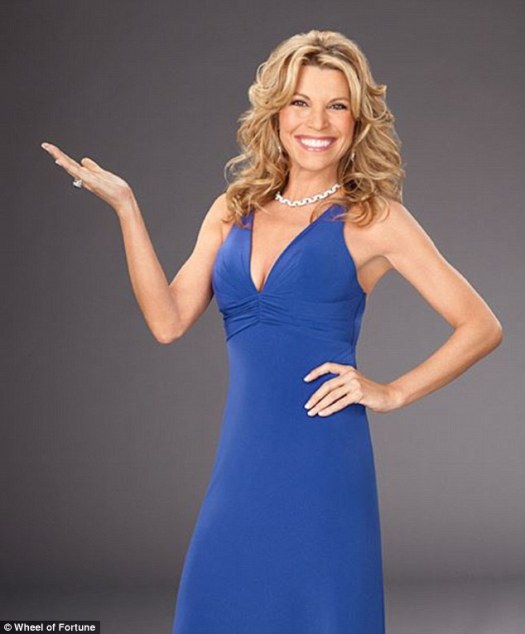 Vanna White is a professional, working mom who loves both her job and her children. And even though she is on television each night, but still she is not different from many mothers across America. She understands the importance of excellent oral healthcare and is ensuring that her children do the same. You are also among those, who want to know the secret behind Vanna white and shiny teeth, then continue reading:

What she do for such a shiny smile?

During an interview with Dear Doctor magazine, Vanna shared some of the secrets to her trademark smile.
“I floss every day and I brush my teeth at least twice a day — morning and night — and sometimes after lunch.” She added, “I think that flossing is the most important thing. I believe that dental floss helps a lot, as it keeps your gums strong and looking younger.” And when asked about how often she has her teeth professionally cleaned she replied, “…every four to five months because I get a lot of plaque buildup.”

I think that flossing is the most important thing. I believe that dental floss helps a lot as it keeps your gums strong and looking younger.According to her, flossing is the most important to have healthy teeth. In young age, she used to wear braces also. Almost all people, who have braces experience, know that teeth discoloration is side gift of braces besides a straighten smile. Fortunately Vanna had to wear them for a year only and it was a good experience for her.

She said that she was very fortunate as she have really white teeth. But she do a little bleaching once or maybe twice a year. She had also cosmetic dentistry 30 years ago, where she had a tooth pulled and there was a space. She did have a little tiny chip on one of her front teeth years ago that her dentist filed down.

Does she wear mouthguard?

Yes, she does. Because she grind her teeth while sleeping. She said that she has a filling in the back that probably has been filled five times from grinding. It was quite uncomfortable in start but now it is ok. If you have also problem of teeth grinding like her, then keep your device on nightstand or put it by your toothbrush. In this way, you will remember to put it on after brushing your teeth at night.

Dr. Robert O. Wolf is a nationally recognized practicing dentist who has lectured extensively to dental and consumer groups on various breakthrough techniques and concepts in the field of aesthetic dentistry. He is considered pioneer in the creation of numerous teeth whitening systems. He developed the Perfect Smile Teeth Whitening System originally endorsed by Vanna White on national television as the first dental office whitening system adapted for home use.