How often do you think about your gums while brushing or selecting your toothpaste? Surprisingly not too much, we concentrate normally only on our teeth. Our teeth should clean and white but what about gums. The gums are often a neglected part of our oral health routine. Although we use to brush regularly and most of us see the dentist for scheduled checkups.

When we notice that there is problem right in the gums. We used to think that this problem is there due to a cavity or something like that. Even when the gums are sore or swollen, we don’t think that our gums are not healthy but we used to relate it again with teeth. Gum health is extremely important, and should be made a top priority when caring for your oral health. This tissue is trusted to protect your teeth and keep them healthy. Toothaches are horrible, but the problems caused by gums are bad as well. It makes us feel horrible especially when we eat or drink.

It may sound strange but try to reduce the stress in your daily life, because scientists found a connection between oral problems and high levels of stress. So if you are stressing, try to remember about sore gums and chill out before any other grave issues arise. Quit smoking if you haven’t until now. The smoke released from cigarettes, even from smokeless tobacco, are extremely noxious for the gums and teeth. A prolonged smoking habit will cause you severe problems with your teeth and gums. 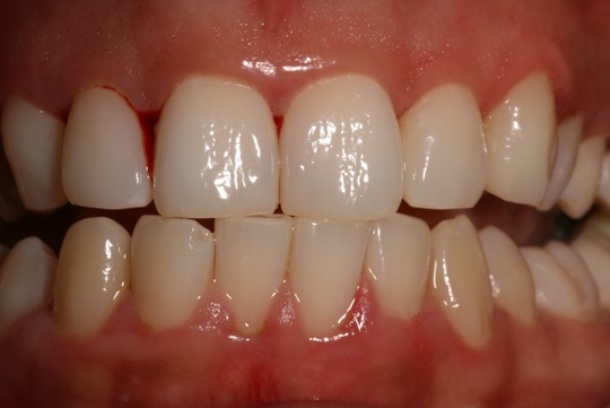 Sore gums are something that nobody want. Here is some information about sore gums, why they appear and how can you handle them.

At some point in our life, every one of us will have to deal with sore gums. The mildest form is when our gums become red and swollen, sensitive to touch, especially while brushing your teeth. You feel a wave of pain, as the brush touched the edges of the gums. Even you feel pain if your tongue touches them. A precarious oral hygiene is considered as the main cause of sore gums. If you forget to brush, flush or use mouthwash, then you shouldn’t surprise to have sore gums.

Your gums become surely infected if you have totally forgotten to do them all i.e. brushing flushing and mouth washing. When you forget to brush, bacteria add up on the teeth, from the food you eat. In the first 24 hours, the bacteria clog up into plague, which releases acids that harm your teeth, causing them to decay and form cavities. After 72 hours, this plaque becomes tartar and start building up along the line of the gums. As it pushed towards it, it will start irritating the gum, making it sore and sensitive. At this phase, tartar is rather hard to clean and usually it requires the intervention of a dentist.

If you have following symptoms then you have problem with your gums. These symptoms may include:

If you have sore gums, then following tips may help you: